Throughout my career, I’ve always wanted to give back. I find so much information on the Internet that I use to solve problems and come up with new ideas.

I’m also inspired by colleagues that I work with at 10th Magnitude that have great blogs - Colin Dembovsky, Annie Hedgpeth, and Josh Garverick, just to name a few.

In addition to giving back to the technical community, I also have several other goals with the blog, which include:

After some research, I decided on a couple of approaches to test:

What is a gem and why aren't they working?

After looking at the popular Static Site Generators, I narrowed it down to Jekyll and Hugo that I wanted to test.

Both Jekyll and Hugo have good “getting started” documentation on their websites. I wanted to get a local environment up and running before tackling the Azure DevOps pipeline. I’m running Windows 10, so I had to dig a little to get the Windows specific instructions.

I got Hugo up quickly using Chocolatey from the instructions located on the Hugo website.

I found a Hugo version of the Clean Blog Theme, but once I got it up and running, it seemed like a few features were missing. 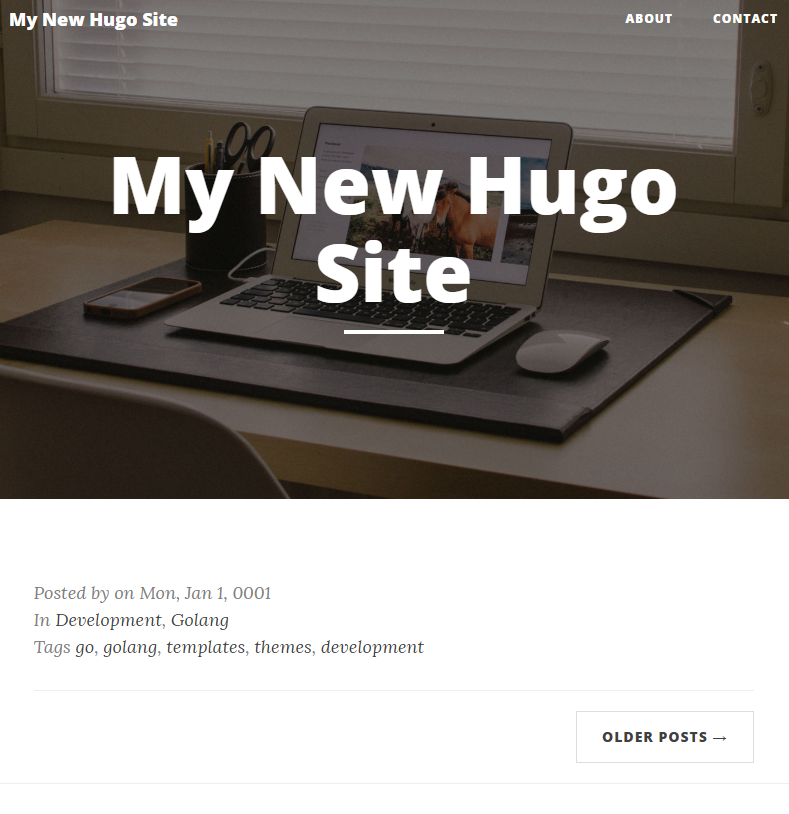 Blackrock Digital (the creators of Start Bootstrap) had an official Jekyll version of the Clean Blog Theme. The theme looked pretty mature and had been updated recently, so I was excited to get it up and running.

I started with the Jekyll on Windows instructions and was pleased to see that they an option to use the Windows Subsystem for Linux (WSL). This is where everything started to go wrong, and I began to run into problems.

I have to be honest, my knowledge of Linux was holding me back as I started to troubleshoot the issue with Jekyll on WSL. I ran back through the instructions a second time to make sure I didn’t miss anything on the instructions but was still getting errors running Jekyll in WSL.

Azure DevOps to the Rescue!

Since I was still having issues with getting a local Jekyll environment up I thought I would work on the Azure DevOps pipeline.

I used this great article by Gunar Peipam to set up the Azure DevOps Pipeline. I did have an issue with the pipeline failing until I found the solution by adding ‘bundle exec’ in front of the Jekyll build command per this Visual Studio Geeks Blog.

I configured the release pipeline per the article from Gunar, but used Azure Web App as the destination rather than a storage account.

The release pipeline uses the artifacts from the build stage.

The only issue I had to work through was getting the package folder correct. In my case, it was $(System.DefaultWorkingDirectory)/_rtmcdo.ryanm.com/site

To get the local Jekyll environment set up, I installed Jekyll via “Installation via RubyInstaller” which installed Ruby, etc., on my local machine. The installation worked great and to get the local site up and running all you need to do is run bundle exec jekyll serve from the command line.

If you aren’t familiar with Github Pages, it provides a website hosted directly from your GitHub repository. Just edit, push, and your changes are live. The great thing about GitHub pages is it uses Jekyll on the backend for authoring pages.

To get up and running on Github pages, I did the following:

Within a few minutes, I had everything up and running! 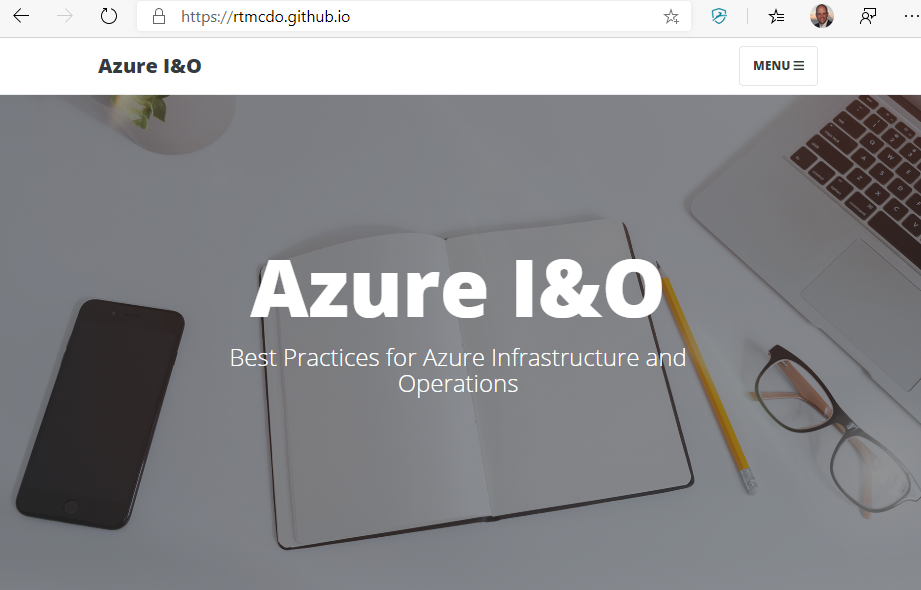 So I have to admit, GitHub pages won me over. It only took me about 30 minutes to get everything up and running with my custom domain name.

As much fun as it was to build the website pipeline with Azure DevOps and to host the site in Azure, the simplicity of GitHub Pages made it the right solution for Azure I&O blog.

Photo by Patrick Fore on Unsplash.